Karsh Center Board of Trustees

Richard Pachulski, Chairman of the Board and Treasurer 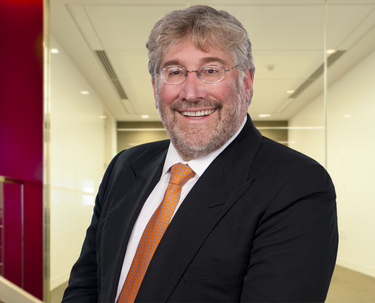 Mr. Pachulski is widely regarded as one of the preeminent corporate restructuring attorneys in America. He was recently named on “Attorney of the Year” by American Lawyer Media’s “The Recorder,” and has been lead counsel on several deals that have been recognized as “Deal of the  Year” by The M&A Advisor, Turnaround & Workouts and Global M&A Network. Over the past few years, he was lead counsel in the corporate restructurings of American Suzuki Motor Corporation, Solyndra LLC, and Mesa Airlines. Additionally, Mr. Pachulski also recently was lead bankruptcy counsel to Lehman Brothers in a matter involving over $2 billion due to Lehman Brothers.

For the past four decades, Mr. Pachulski has represented debtors and creditors’ committees in both out-of-court workouts and in-court proceedings. In addition, he has extensive experience in business reorganizations, as well as debtor/creditor litigation across numerous

industries. During the 1980s, he was a  well-known chapter 7 and chapter 11 trustee. His work over this time span led to inclusion in the American College of Bankruptcy, on honorary association of the nation’s most esteemed bankruptcy and insolvency professionals.

Several national publications and organizations frequently recognize Mr. Pachulski for his work in the restructuring and turnaround field. For example, Chambers USA repeatedly ranks him as a top-tier national  bankruptcy/restructuring  attorney; Best Lawyers in America has listed him among the nation’s top bankruptcy attorneys every year since 1995; K&R Restructuring Register and Turnaround & Workouts listed him as one of America’s top restructuring professionals; California  Law Business listed him  as one of “California’ s 100 Most Influential Attorneys;” and Los Angeles Business Journal listed him as one of fifteen top banking  & finance “turn around artists .” He also holds an “AV Preeminent Peer Rating,” Martindale­Hubbel’s highest recognition for ethical standards and legal ability. In 2016, he was named to Thomson Reuters “Top 10: 2016 Southern California Super Lawyers” list.

Mr. Pachulski is a graduate of UCLA, and received his J. D. from Stanford University. He is admitted to practice in California, and is a resident in the Los Angeles office. Mr. Pachulski was President of the Board of Trustees of Wilshire Boulevard Temple from 2009 to 2012. 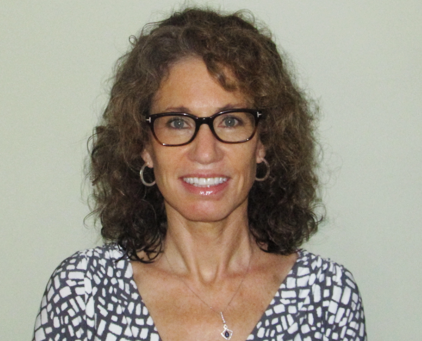 A native of San Diego, Dena first came to Los Angeles in 1981 to study economics at UCLA. After college, she graduated Hastings/UCSF Law School in 1987. Dena then started her legal career with the New York office of Latham & Watkins. She relocated to the Los Angeles office in 1988 and became a partner in the Finance Department in 1994. Three children later, Dena retired and now spends a significant amount of time with her family and on community activities. 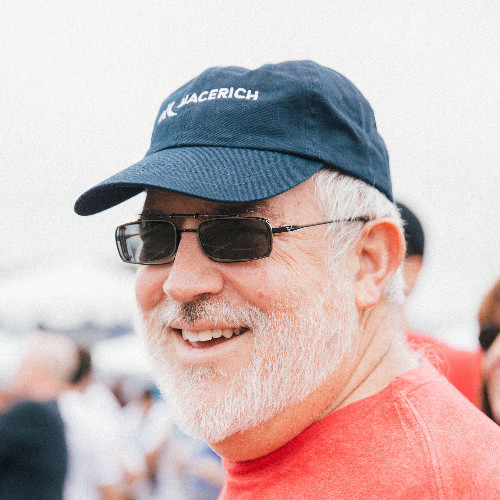 Tom Leanse, a native of Los Angeles, is one of the original trustees of the Karsh Board. He currently chairs the Development Committee.

In addition to his involvement with Karsh, Mr. Leanse is on the Board of Directors of the Cedars Sinai Medical Center, the National Commission of the Anti-Defamation League, and the Executive Committee of the Pacific Southwest Region of the Anti-Defamation League. From 1984 to 1994 Mr. Leanse was the General Counsel to US Skiing, the United States Ski Team, and the United States Ski Association.

Mr. Leanse obtained his BA from UC San Diego in 1975 and his JD from University of San Diego School of Law in 1978.

Mr. Leanse’s professional career started at Harris Trust and Savings Bank in Chicago, IL. He was then an Assistant State’s Attorney at the Cook County State’s Attorney’s Office in Chicago, IL. Upon returning to California he was an associate and partner at Ball, Hunt, Hart, Brown and Baerwitz, and thereafter a partner at Pepper, Hamilton & Scheetz and Katten Muchin & Rosenman LLP. He concluded his full-time professional career in 2018 after serving as the Chief Legal Officer of The Macerich Company, a NYSE REIT, based in Santa Monica.

Mr. Leanse and his wife, Barbara, who support a variety of philanthropic organizations, have four adult children, and reside in Santa Monica. 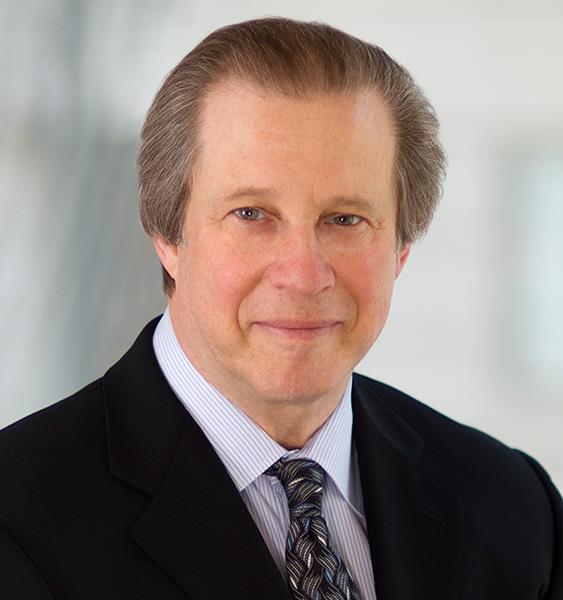 Rand S. April was a Partner at the law firm of Skadden, Arps, Slate, Meagher & Flom LLP for over thirty years, and served as the Managing Partner of the firm’s Los Angeles office for eighteen of those years. Mr. April has extensive real estate and finance experience across a wide variety of commercial real estate activities, including acquisitions and sales, restructurings, property development and leasing, as well as public and private offerings of real estate-related equity and debt securities. He has been an Independent Director of Ares Commercial Real Estate Corporation, a publicly traded mortgage REIT, since April 2016. Mr. April has also been a long-time Board Member of Public Counsel, Town Hall Los Angeles, and the Advisory Board of the Los Angeles Sports and Entertainment Commission. Mr. April received a B.A. (Phi Beta Kappa) in 1972 from Northwestern University and a J.D. from Columbia University School of Law in 1975 where he was a Harlan Fiske Stone Scholar. 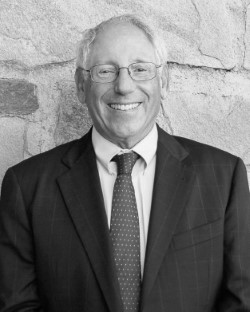 Jeffrey Paul was born and raised in Los Angeles. Jeff was educated at UC Berkeley in business administration and UCLA with a master’s in finance.

He started his career as an internal consultant at Citibank in New York City.  He worked on systems for reducing bank checking float and developed their first cost accounting system.

He returned to Los Angeles to work at Cyprus Mines, an international mining and minerals company. He rose from a senior financial analyst to a corporate officer with responsibilities in treasury, insurance and planning. Cyprus was purchased by Amoco in the late 1970’s.

Jeff then worked at The Olga Company, a publicly traded apparel company, starting as chief financial officer, than promoted to chief operating officer and chief executive officer.  During his term of President, Olga was named “One of 100 Best Companies to Work for in America”; “One of 30 Best Companies for Working Mothers”, and noted as “One of Nine Best Managed Companies” in Vanguard Management. The company was sold to Warnaco in the late 1980’s.

At that time, Jeff decided to start his own apparel company and formed Sierra Pacific Apparel that became a large private label jeans vendor servicing The Gap, Old Navy, Limited and Sears. Sierra Pacific was sold in the late 1990’s.

Also, he is prior Hillcrest Country Club president and director and still sits on several Club committees.

Jeff is married to Nancy since 1979. They have two children, Matt and Greg and three grandchildren. 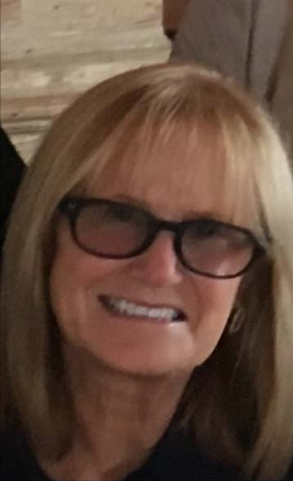 Toni has been a child advocate in Los Angeles for the past thirty years. She has worked with The Alliance for Children’s Rights as well as United Friends of the Children. She is past president of both organizations and still sits on the Executive Committee of the ACR.

During her daughters schooling Toni has also chaired many things both at CEE & Marlborough Schools. She was the co-owner of Ma Cuisine, the cooking school of Ma Maison Restaurant for many years overseeing a school here in LA as well as one in Orange County.

She has been on the Tikkun Olam Committee at WBT for the past four years and was a mentor for WBT as part of the Imagine LA homeless family adoption project.

She has also been involved with the Karsh Center prior to its opening and is now teaching healthy cooking to one of our Mobile Food Pantry groups.

Toni is married to John Schulman, a former WBT General Counsel. They have two daughters, Jessie & Abby, who were both Bat Mitzvah’ed at Wilshire Boulevard Temple by Rabbi Leder & Cantor Gurney. 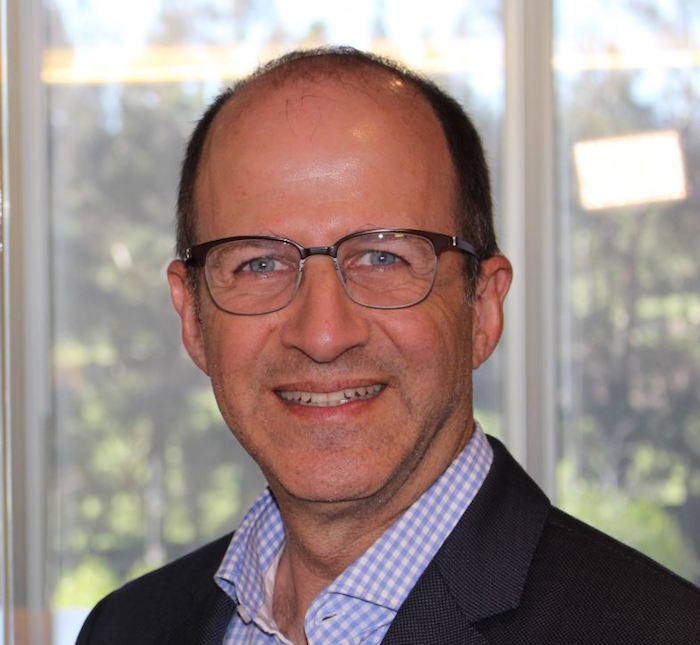 For more than two decades, Steve has managed high-profile communications issues at the local and national levels. Prior to founding SCG in 2002, Steve served as Deputy Mayor to former Los Angeles Mayor Richard Riordan and was a senior executive at two of the world’s largest public relations firms. As president of SCG, Steve takes a hands-on role in helping clients navigate the intersection of business, media and government. He is also involved in several civic ventures. He serves on the boards of Wilshire Boulevard Temple and JVS-LA, and formerly co-chaired the advisory board of the Pediatric Surgical Services Group at Cedars-Sinai Medical Center. Steve holds a B.A. in Political Science from the University of Michigan, and completed the Coro Foundation Public Affairs Fellows Program. 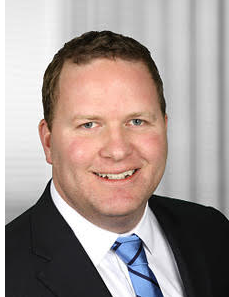 Cary Kleinman is a managing director and in-house counsel at Oaktree Capital Management, L.P. Prior to joining Oaktree in 2006, Cary advised institutional and private clients on domestic and international real estate transactions. Cary received a B.A. degree with honors in government from Wesleyan University and a J.D. from Fordham University School of Law, where he was the Notes and Articles Editor of the Fordham Urban Law Journal. Cary is a member of the State Bar of California and the State Bar of New York.

Cary is a member of the Children’s Fund Leadership Council of Children’s Hospital Los Angeles and the Real Estate Cabinet for the Make-a-Wish Foundation of Greater Los Angeles, and he and his wife Jennifer are Supporting Patrons of the LA Phil. The Kleinmans also support the Los Angeles Police Foundation and Wesleyan University.