WBT’s long history of responding to the needs of the city’s Jewish community began with its founding in 1862 as Congregation B’nai B’rith, the first synagogue in Los Angeles. The Karsh Family Social Service Center is a permanent and tangible expression of the Temple’s legacy and commitment to community service; it reflects our 150 years of cultural and civic leadership in L.A. 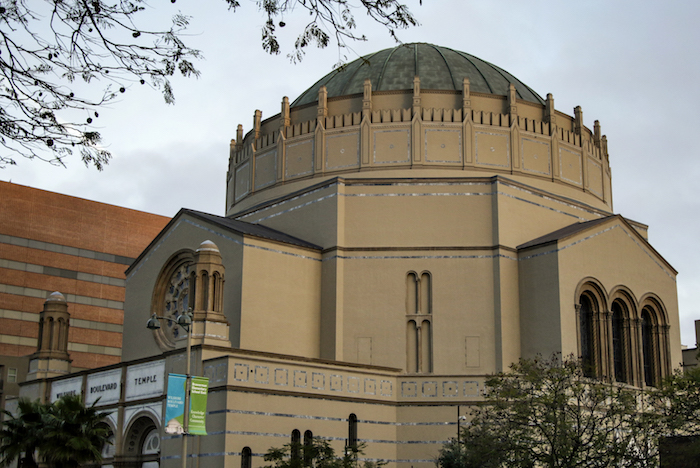 The Karsh Center is located in what is now known as L.A.’s Koreatown neighborhood, which Wilshire Boulevard Temple has called home since 1929. Our neighborhood is among the most ethnically diverse and fascinating in the western United States. It is also an area in which many of the residents have intense and culturally diverse needs.

“The mission of the Jewish people,” Elie Wiesel wrote, “has never been to make the world more Jewish, but to make it more human.” If being a Jew means caring about other people, there is no better place to be west of New York than Wilshire Boulevard Temple and the Karsh Center.

“The Karsh Center helps us remember where we came from,” Wilshire Boulevard Temple Rabbi Steve Leder said. “The people seeking social services today are standing where our immigrant grandparents and great-grandparents and generations before them stood, yearning for dignity and freedom.”

The Karsh Family Social Service Center is headquartered in a beautiful 7,500-square-foot facility along 6th Street on the historic Erika J. Glazer Family Campus at Wilshire Boulevard Temple. Named in honor of longtime Temple members, the Karsh Center is designed to meet the needs of local residents by offering an array of cross-sector, integrated, and co-located social services.

Our dream is that the Karsh Center will continue to serve as much more than a hub for on-site social services. The Center provides a catalyst for Temple members—from the children attending our schools and camps to the seniors seeking ways to make a difference—to find their place in the many meaningful community-service initiatives spearheaded by the Karsh Center and WBT. Bikes-for-Tykes, Jews with Tools, and The Big Give are just a few of the existing community programs that started out as smart ideas and grew to become programs that make a difference for thousands of people in need.

Do you have an idea? The Karsh Center can help bring it to life by connecting you with like-minded volunteers and social service organizations. 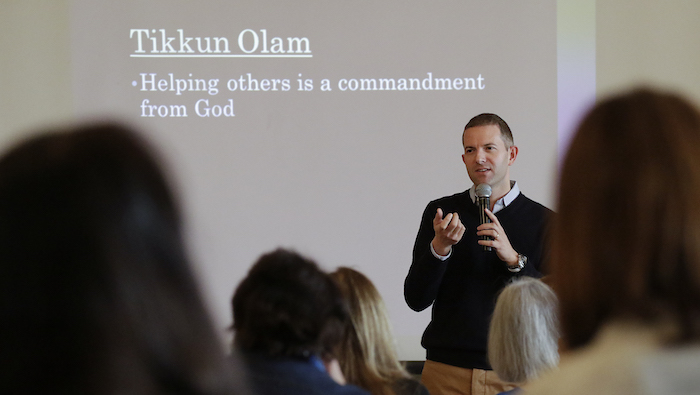 Faith-based organizations have long provided social services. Wilshire Boulevard Temple created the Karsh Family Social Service Center as its investment and commitment to its neighbors in Koreatown. The Karsh Center aims to advance the level of neighborhood support, creating a model for the 21st century. By integrating and coordinating a variety of services, the Center will maintain a platform for providers wishing to foster the highest level of care and case management for individual clients.

Wilshire Boulevard Temple and local organizations work together—through the Karsh Center— to offer comprehensive resources to the surrounding community in an easily accessible and culturally appropriate manner. The Center strives to meet the needs of all clients, regardless of ethnicity or religion, and help them achieve success in their lives, building stronger families and a stronger community in the process.

“KHEIR’s and Wilshire Boulevard Temple’s integrated, comprehensive service model exemplifies a truly collaborative partnership to strengthen individuals and neighborhoods alike in a place of tikkun olam [social justice] and interfaith understanding. With the Temple, KHEIR is committed to ‘caring for the poor, feeding the hungry, and healing the sick.’ ” 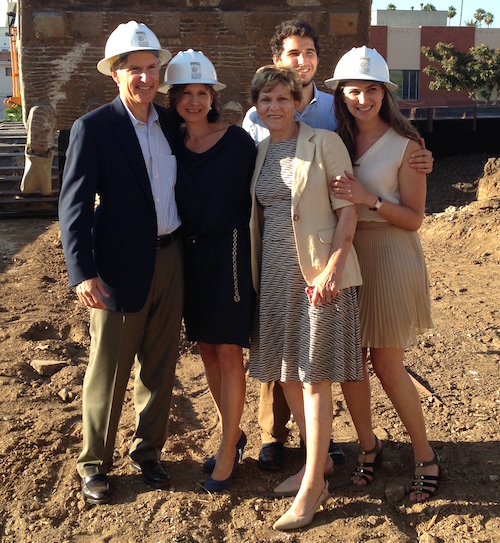 Without Bruce and Martha Karsh, longtime members of Wilshire Boulevard Temple, none of this would have been possible: their generous donation helped create the Karsh Family Social Service Center. At its groundbreaking in July 2014, Martha Karsh spoke movingly about the importance of tikkun olam, or “healing the world.” “Tikkun olam is both a responsibility and a privilege—and, indeed, an essential family value,” she said. “We are thrilled that the Karsh Family Social Service Center will foster the Temple’s ‘good neighbor’ policy, extending a hand to those in need in the multicultural community immediately surrounding it.”

The Karsh family—including daughter Katie, sons Michael and Jeffrey, and Jeffrey’s wife, Jacki—are especially proud of the Center’s Dr. Donald R. Lubin Eye Care Clinic. In 2013, while architectural plans for the Center were in development, Martha’s father, an eye doctor for more than half a century, passed away at age 88. To honor his memory, Katie came up with the idea of endowing a clinic in his name. The family embraced her vision, adding generously to their original gift to endow the Dr. Donald R. Lubin Eye Care Clinic. Martha’s mother, Sybil Lubin, made a significant gift to support the eye care clinic in honor of her husband of almost 60 years.

Wilshire Boulevard Temple (the “Temple”) opens the Sunday Food Pantry to respond to the growing hunger crisis in the Mid-City neighborhood.
January 2006

The Temple begins developing a master plan to re-envision the Glazer Campus, including a tikkun olam center, which would expand the existing Food Pantry and provide additional services to clients in need.
March 2008

The Sunday Food Pantry launches The Big Give, an annual Thanksgiving meal distribution that feeds 4,000 individuals in need.
January 2010

The Karsh Center is Named

The Karsh Center receives significant initial funding from the Michael and Irene Ross Endowment, the Annenberg Foundation, and the Erwin Rautenberg Foundation.
October 2015

Elizabeth Ross starts as the founding Director of the Karsh Center.
June 2016

The Karsh Center becomes incorporated as a 501(c)(3) organization.
November 2016

Lila Guirguis begins as the Director of the Karsh Family Social Service Center.