As Los Angeles Moved Closer To A Safer-At-Home Order, The Karsh Center Jumped Into Action For Neighbors In Need 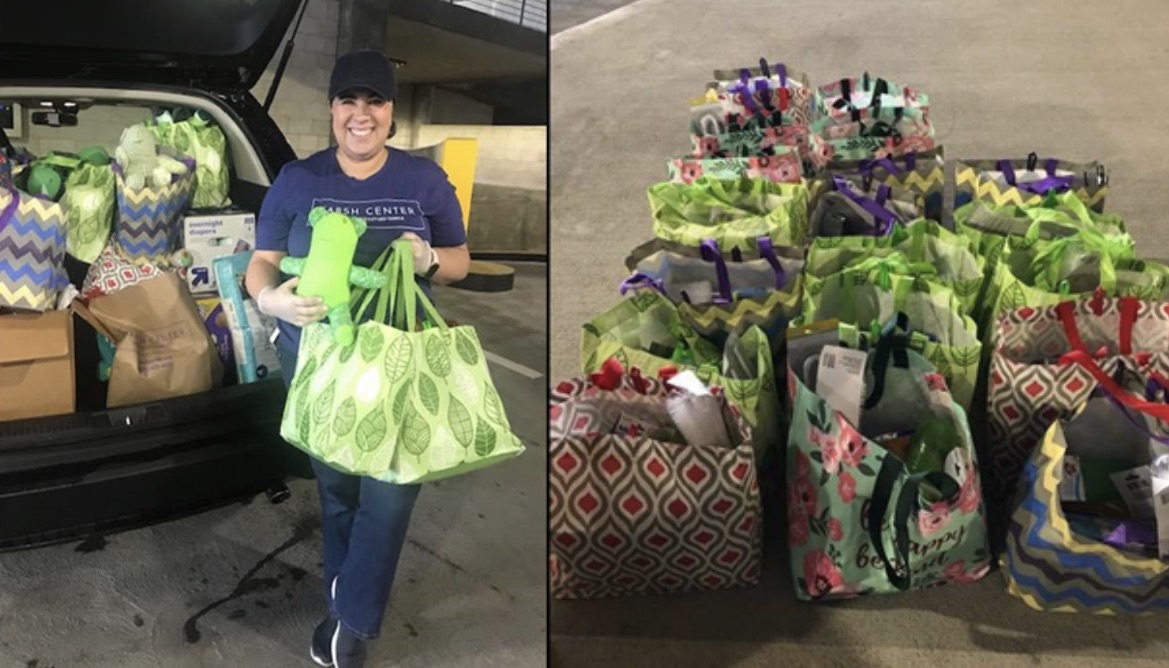 While most of California had moved to remote work environments, the team at the Karsh Center has been working overtime to help our neighbors in need. On Tuesday, March 16, food and diaper distributions had started, with plans to ramp up during the week, and then THE CALL came in – and the lean crew at Karsh kicked into gear.

Michele Richards of Alexandria House, a temporary residential facility less than a mile from the Karsh Center that houses moms and their children who have been subject to domestic violence and homelessness, called to let us know that Alexandria House had a fire at 3 a.m., forcing all residents to be immediately evacuated. Suddenly, five moms and 18 kids were moved into a motel without any supplies. They had nothing.

Michele asked what Karsh could do.  The Temple and Karsh have a longstanding relationship with Alexandria House, and we listened intently to their call for assistance. They needed everything from diapers, feminine hygiene products, soap, shampoo, toothbrushes and toothpaste, as well as shelf-steady food they could eat in a motel room.

Within 45 minutes, Karsh Center’s Executive Director Lila Guirguis and team had 20 beautiful bags ready to go.  Wilshire Boulevard Temple Religious School kids had previously made very nice bags for our scheduled Mother’s Day event that had many of the requested supplies, and then things were added such as teddy bears and books.  And, of course food bags were prepared separately. Michele Richards was hoping for anything, showed up, and was speechless.